Barrett refused to say on Tuesday whether she would disqualify herself from any disputes over the impending presidential election and offered no hints on how she would vote if the court reconsiders the landmark abortion case Roe v. Wade. In the second day of her Senate Judiciary Committee hearings, she also parried questions on gun rights, the general fate of longstanding Supreme Court precedents and the Affordable Care Act.

Barrett told senators she made no promises to President Donald Trump about how she would vote on an ACA case the Supreme Court will hear a week after Election Day. She said her previous criticisms of rulings backing the law, also known as Obamacare, weren’t pertinent to the latest case. Trump is urging the Supreme Court to invalidate the law, an outcome that almost certainly would require her vote.

“I have had no conversations with the president or any of his staff on how I might rule in that case,” Barrett said. “It would be a gross violation of judicial independence for me to make a such a commitment or for me to be asked about that case and how I would rule.”

Democrats may not be able to achieve much more than aiming pointed questions at Barrett -- and hoping their skepticism will resonate with voters -- since Senate Republicans have the numbers and the determination to confirm her before the Nov. 3 election. Barrett declined to answer questions on some issues she has expressed personal opinions on in the past, such as abortion rights, or on what she would do regarding other matters likely to come before the Supreme Court.

Barrett maintained a calm and even-handed demeanor as she faced questions on hot-button legal issues and her personal views. She refused to promise to disqualify herself from any dispute involving the impending presidential election, despite Trump’s public statements to the effect that he wanted to have her seated on the court before the vote for that purpose.

“I commit to you to fully and faithfully applying the law of recusal, and part of that law is to consider any appearance questions,” Barrett said. “But I can’t offer a legal conclusion right now about the outcome of the decision I would reach.”

At various points Barrett brought in her large and diverse family, as when Democratic Senator Dick Durbin asked how she was affected by the video of the May killing of George Floyd, a Black man, at the hands of a white Minneapolis police officer.

Barrett said she watched with her adopted Haitian daughter, Vivian. She said they cried together. Barrett said she considered the risks of police violence and discrimination to her Haitian adopted son, John Peter, or to any son Vivian might have.

“Given that I have two Black children, that was very, very personal for my family,” she said.

The committee’s top Democrat, Dianne Feinstein, began her questioning by relaying details about women in the 1950s who had dangerous procedures and sometimes harmed themselves to end pregnancies because abortion was illegal. Feinstein pressed Barrett, a devout Catholic, about whether she would uphold reproductive-rights precedents including Roe v. Wade, which legalized abortion in all 50 states but permitted restrictions in the second and third trimesters. Barrett’s mentor, the late Justice Antonin Scalia, was critical of the ruling.

“Do you agree with Justice Scalia’s view that Roe was wrongly decided?” Feinstein asked.

“I completely understand why you are asking the question, but again I can’t pre-commit or say yes, I’m going in with some agenda, because I’m not. I don’t have an agenda,” Barrett replied. “I have an agenda to stick to the rule of law and decide cases as they come.”

Barrett, now a federal appeals court judge, would succeed Justice Ruth Bader Ginsburg, whose Sept. 18 death silenced one of court’s leading liberal voices. That would give the Supreme Court a 6-3 conservative majority.

“You would be the polar opposite of Justice Ginsburg,” said Democratic Senator Amy Klobuchar of Minnesota.

QuickTake by Bloomberg is a global news network delivering up-to-the-minute analysis on the biggest news, trends and ideas for a new generation of leaders. 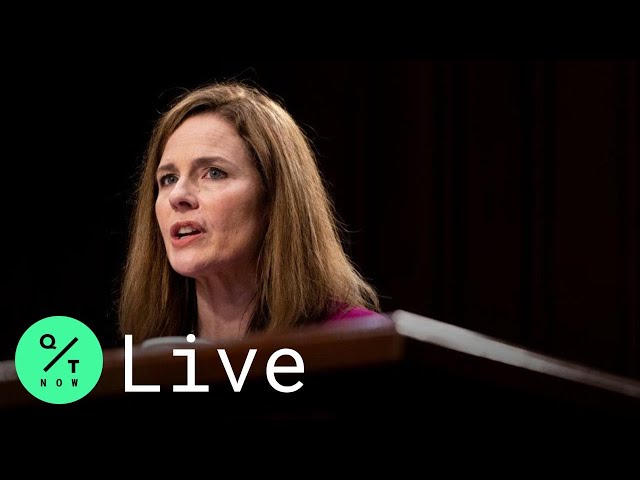