ekinot
It's October, another spooky holiday season, and what couldn't be the better way than to start with first HMV of the year? I know COVID-19 pandemic is still going on, but it doesn't stop me from celebrating Nightmare Night and have some fun, even at home. Enjoy the first Halloween music video based on sequel of All Dogs Go To Heaven. :-D

Storyline:
The Heylin Empire and their villainous allies have finally defeated heroes and anti-heroes, and conquered Equestria for their own, and then the entire universe is next. However, due to The Storm King's demand of going after Princess Twilight Sparkle, he becomes Lord Tirek's Heylin Apprentice, because his so-called "majesty" have so much to learn...

Dedicated to:
House of Mizfitz
Aaron the Viking Meerkat
Applejack and Vriska Serket
Skymation2415 Productions
...and everyone else for their versions

All rights from the video belongs to their rightful and respective owners.

NOTE: No copyright infringement intended.
NOTE 2: I do not own rights for these films.
NOTE 3: Under Section 107 of the Copyright Act 1976, allowance is made for "fair use" for purposes such as criticism, comment, news reporting, teaching, scholarship, and research. Fair use is a use permitted by copyright statute that might otherwise be infringing. Non-profit, educational or personal use tips the balance in favor of fair use. 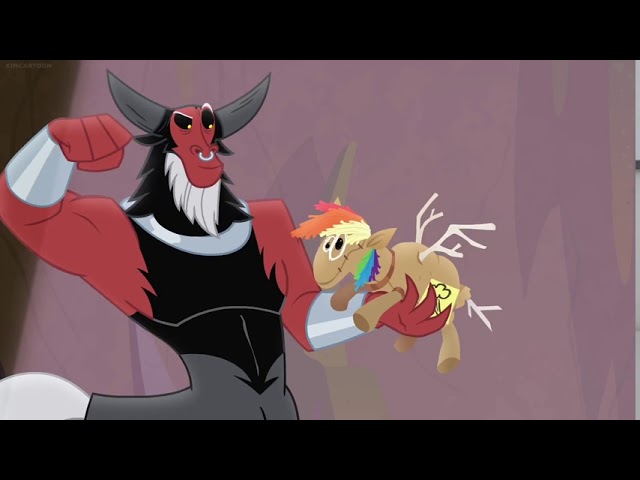 It's October, another spooky holiday season, and what couldn't be the better way than to start with first HMV of the year? I know COVID-19 pandemic is...